With United seemingly in desperate need of a restructuring in the years since Sir Alex Ferguson retired, the club was rumoured to finally be looking to appoint someone who could link the manager and boardroom, helping to shape transfer policy and oversee football operations.

Names like Juventus sporting director Fabio Paratici were linked with the potential role, while even ex-players like Rio Ferdinand and Darren Fletcher were being talked about in connection with creating some kind of transfer committee setup.

But nothing materialised, and now the Daily Mail reports it probably isn't going to, at least not yet. The newspaper explains that Woodward has spoken to 'several potential technical sporting or technical director candidates', but 'discussions are yet to progress to a meaningful stage'.

That means Woodward himself 'will continue to call the shots on transfer policy' at United. The Mail notes that United's recent acquisition of Swansea winger Daniel James was negotiated by Matt Judge, head of corporate affairs, and 'signed off' by Woodward. Together, the pair are said to have 'overseen recruitment for the past few windows'.

Scouts Jim Lawlor and Mick Court, scouting chief Marcel Bout and youth development chief John Murtagh are described as being 'influential' on transfers. Manager Ole Gunnar Solskjaer and assistant Mike Phelan are said to obviously have an 'active part', with Solskjaer and Phelan, or Woodward, also apparently having the power to veto any transfer.

Woodward was thought to have used his power of veto last summer to stop former manager Jose Mourinho from signing a handful of players he was reported not to believe offered significant improvement on the existing squad for the money that would have been paid. 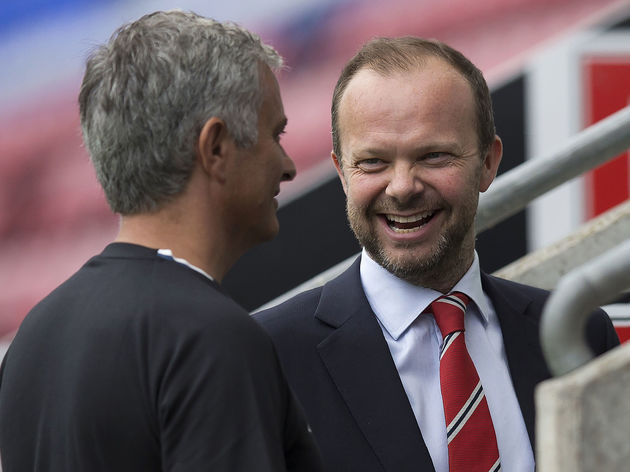 "At Bayern Munich, the people in charge are football men. I always appreciated that. At Manchester United, on the other hand, Ed Woodward was installed as CEO - somebody with zero understanding of football who was previously an investment banker," Van Gaal commented.

"It cannot be a good thing when a club is run solely from a commercially-driven perspective." In a separate interview with The Guardian, the Dutchman also said, "There is Woodward and his right hand is Matt Judge. Judge I met once in a while but not too much. And there was the head of scouting. That was the structure but you are always dependent on Woodward and Judge."