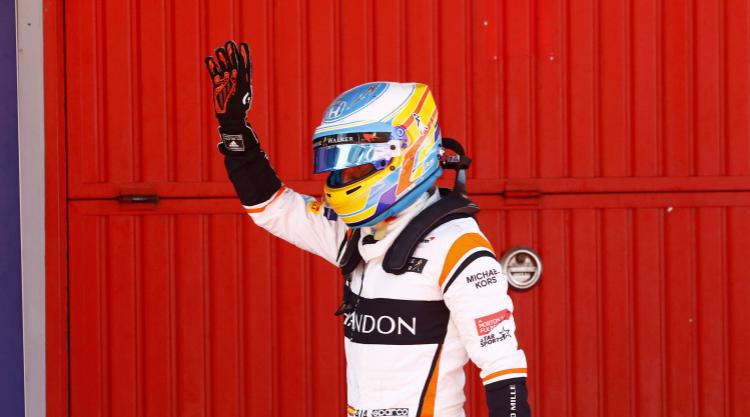 But, incredibly, the 35-year-old Spaniard dragged his McLaren not only into the final phase of qualifying - a first for the British team this season - but then to seventh on the grid for Sunday's grand prix in front of his home fans, too.

There were high-fives in the McLaren garage, which included Mansour Ojjeh, a 25 per cent stakeholder in McLaren, as Alonso delivered another reminder of his incredible ability.

Alonso is yet to finish a race this year. He failed to even start the recent Russian Grand Prix after his Honda engine conked out on the formation lap.

But the two-time title winner has now set his sights on securing McLaren's first points on Sunday in what has been a miserable year so far for both Alonso and the British team.

"The start will be an opportunity to keep the position at least," Alonso, whose McLaren team-mate Stoffel Vandoorne qualified only 19th of the 20 runners here, said.

"I am confident we will do a good start, maybe gain some positions, and who knows? There is some action in front of us, like with Mercedes crashing last year, and we are ready to take any opportunity.

"Points are the main target. In seventh we are a little bit out of position - it seems too good - and maybe tomorrow we will need to defend a little bit but we will try.

"We will try to take the maximum points for the team. It would be nice to complete the job tomorrow."

Alonso will miss the Monaco Grand Prix in a fortnight's time as he heads to the United States for the Indianapolis 500.

But the Spaniard, who will be replaced by Britain's Jenson Button for the Monte Carlo race, has had no second thoughts about his decision despite turning in his best qualifying result of the year.

"I have minus zero regrets about missing Monaco," Alonso said. "I will race in the Indy 500, one of the biggest races in the world.

"There are six cars - two Mercedes, two Ferraris, two Red Bulls - that will be unbeatable for the next couple of races, so to fight for P7 in Monaco? No thanks."