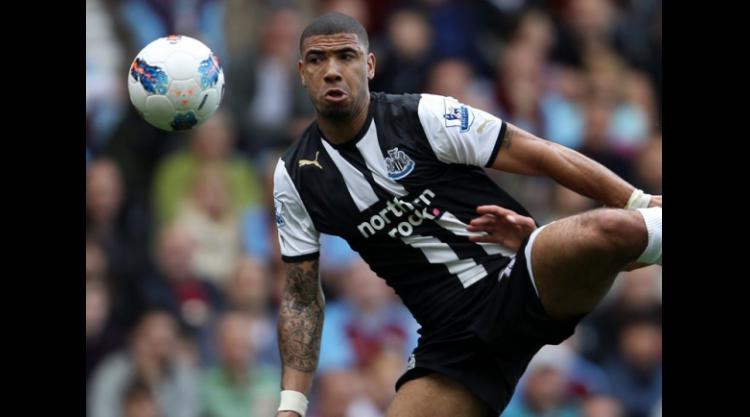 Newcastle striker Nile Ranger was bailed on Friday after being arrested on suspicion of rape.

Ranger was questioned by Northumbria Police after being arrested following an allegation made by a woman that she was attacked at a hotel in Jesmond, Newcastle earlier this week.

A police spokeswoman said: "On Thursday January 24 a woman reported to police that she had been raped overnight at a hotel in Jesmond.

"A 21-year-old man has been arrested at an address in Forest Hall on suspicion of rape."

Ranger, 21, was later bailed and a Newcastle United spokeswoman declined to comment.

The former England Under-19 international has endured a troubled time at Newcastle and in recent seasons has mostly been out on loan to Sheffield Wednesday and Barnsley in a failed bid to kick-start his career.

He angered Newcastle fans again last weekend by criticising them for booing after Alan Pardew's team lost to struggling Reading.

"Certain fans need to not come and support this team. Coming out to BOOO us Stay at home Don't need ur BOO's SAY NO MORE !!!," he tweeted.

He followed it up with: "Last thing from me. To all the fans. U are not forced to buy season tickets Or pay our wages Please remember that."

Ranger then went on to enrage Newcastle supporters further by spelling his name out in £20 notes and posting a photo online.