Legend Johan Cruyff: the architect of the most attractive football in the world 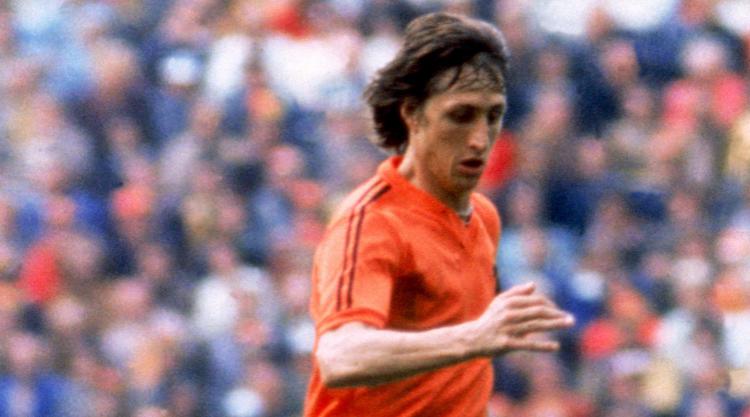 Youngsters may ask questions about him and rightly so, the last time he managed was 20 years ago and the last played in anger more than 30 years ago, but they may not know it but they are seeing his legacy every time they watch the greatest side in the world, Barcelona, play in the Champions League, La Liga or FIFA World Club Cup.

He inspired the most beautiful styles of play we have seen on the planet, firstly as a player and then as a manager. As a player he had a leading role with Ajax and the Netherlands in the development of ‘Total football’ an influential tactical theory of football in which any outfield player can take over the role of any other player in a team.

As a forward at Ajax Amsterdam he led them to eight Dutch Eredivisie titles, three European Cups (in succession) and one Intercontinental Cup. In the summer of 1973 Cruyff moved to Barcelona for a then world record fee of £922,000, winning La Liga in his first season and was named European Footballer of the Year.

Under Rinus Michels with the Netherlands team Cruyff helped drag the Dutch from international obscurity to heights of the 1974 World Cup final, where they lost 2-1 to hosts West Germany.

He was a player considered to have a football brain and was dubbed “Pythagoras in Boots” and once said “Football is a game you play with your brain. The game consists of three elements; technique, tactics and stamina. But the main thing is tactics: insight, trust and daring”.

He was a great player and orchestrator of any side he played in. He had great pace, brilliant dribbling skills and dominated matches with his massive ego. No player ever saw the angles and spaces more quickly in a match than Cruyff. He even has a moved named after him, the ‘Cruyff Turn’, which was revolutionary at the time but commonplace now. These qualities helped him to win the famous Ballon d'Or title three times, in 1971, 1973 and 1974. After helping Ajax’s fierce rivals Feyenoord to a Dutch league and cup double in 1984 Cruyff hung up his boots and continued to use his tactical innovations as a manger. His tactics of possession and never giving the ball away soon paid off as he guided his old club Ajax to win the UEFA Cup Winners' Cup in 1987.

Cruyff's ‘Dream Team’ broke the dominance on the domestic front of arch rivals Real Madrid and amazingly won La Liga four times between 1991 and 1994. He created an all conquering team and his biggest achievement as a manager was to guide the Blaugrana to their first ever European title with a 1-0 victory over Italians Sampdoria at Wembley in 1992. This victory etched his name into Barcelona’s proud history.

Cruyff's style of play and his football philosophy has significantly influenced many notable managers and players such as Frank Rijkaard, Pep Guardiola, Michael Laudrup and Arsène Wenger. But his greatest legacy is not in the trophy cabinet. It is La Masia.

Before Cruyff took charge, Barcelona's academy concentrated on strength and fitness. He put the ball at the centre of everything and the small-but-beautiful generation of Lionel Messi, Andres Iniesta and Xavi emerged. As Pep Guardiola said: "Johan Cruyff painted the chapel. Barcelona coaches since merely restore or improve it." The Dutch FA said: "Words can hardly be found for this huge loss." It added that Cruyff was the "greatest Dutch footballer of all time and one of the world's best ever" and wished everyone "a lot of strength in this difficult time".