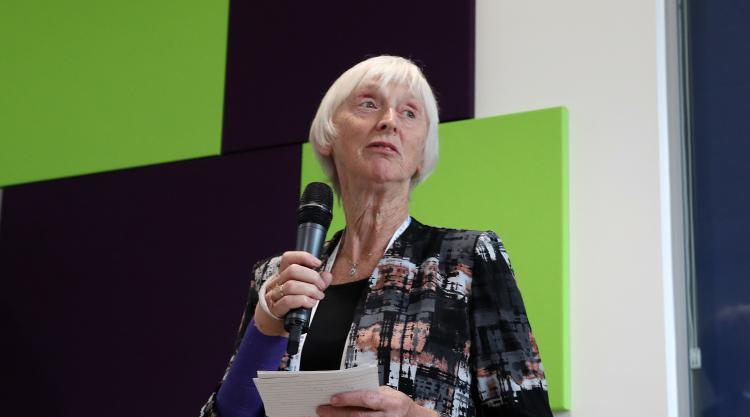 The Football Association wants to double participation in the women's and girls' game to nearly six million by 2020.

The FA's ambitious strategy, "The Gameplan for Growth" was outlined at Wembley Stadium on Monday.

Head of Women's football, Baroness Sue Campbell, wants to have competitive England teams across all age levels, and says the FA will target what she described as "eight key priority areas".

They include "building a sustainable and successful high performance system" which "produces world-class players", "changing perceptions and social barriers" and "enhancing the profile of the England team and players".

"I am immensely proud of the work that the FA has done in this area already but I am genuinely excited about the potential for the game.

"I strongly believe this strategy will change perceptions and help remove the social barriers to participation whilst continuing to support the serious players on their pathway to the England team.

"We want to welcome every girl and woman into the game regardless of ability, background or age.

"There has never been a more important time for football to play its part in supporting girls and women to become physically active and to lead and administer the game."

The FA, which has set itself a target of increasing the number of affiliated girls' and women's' teams from 6,000 to 12,000, also signalled their intent to stage a major tournament in the coming years to inspire the next generation.

"This strategy will really deliver the changes we need that will drive the game forward at all levels," said England head coach Mark Sampson, who oversaw his side's third-place finish at the 2015 World Cup.

"It's so important we create opportunities for girls to play football. We want to be the best team in the world so growing our player pool is key to that goal.

"We also have to give them the opportunity to get involved and to keep developing the pathway for those who want to take their passion for football further."