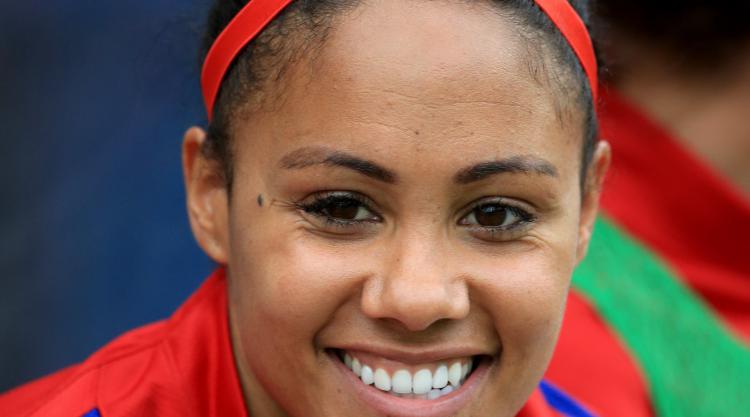 Alex Scott has warned that England Women have the fate of future generations in their hands as the Lionesses prepare for their Euro 2017 mission.

The 138-cap right-back is preparing for her fourth European Championship where she will be vying with PFA player of the year Lucy Bronze for a place in Mark Sampson's starting line-up.

And after seeing the dizzying pace at which the women's game has moved since England's run to the World Cup semi-finals two years ago, Scott says the team must maintain their high standards to keep the players in the public consciousness.

The Women's Super League has seen a spike in attendances, England players have seen their profiles soar, and the game has gained the attention it has craved for many years.

But top-flight side Notts County Ladies recently folded due to financial problems, and a failure in Holland next month could be an enduring setback according to a player who was part of England's shuddering failure at Euro 2013 in Sweden.

"It isn't just about us. It's about the next generation.

"And that's the added incentive for us. And when we failed at the last Euros we knew it was a missed opportunity, not just for us as players but for women's football, and it's the same going into this one."

Scott played all three group games four years ago, as England lost to Spain and France and drew with Russia to return home humiliated. Long-serving manager Hope Powell was sacked.

The current England squad met up on Monday for day one of their training camp, and on Saturday in Biel they play Switzerland in the first of two pre-tournament friendlies. They will test themselves again on July 1 against Denmark in Copenhagen.

Sampson has promised session after session of intensive training over the next month, designed to ensure the players are in peak physical condition before heading to the tournament.

England start their Euro 2017 campaign against Scotland in Utrecht on July 19, before facing Spain in Breda and Portugal in Tilburg.

"The Euros are really hard and we mustn't get carried away," Scott told Press Association Sport. "We may have won a medal last time but there's no guarantees we'll do the same - we have to earn the right."