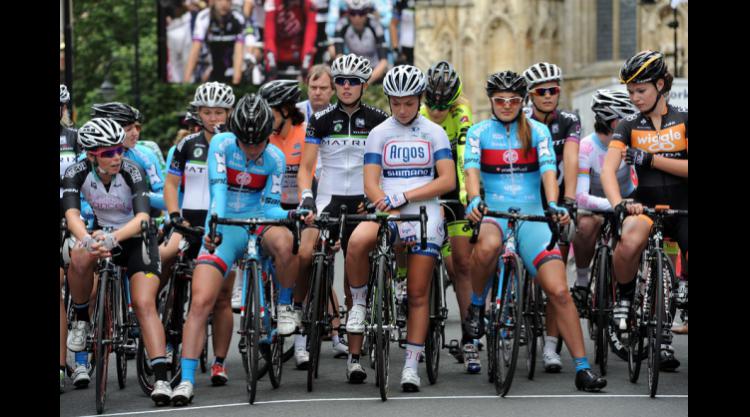 Oundle in Northamptonshire will host the start of the opening stage of The Women's Tour next May, which will also visit Hinckley and Bedford on day two of the new international race, it was announced today.

The news follows the recent confirmation that Northamptonshire would host Stage One of The Women's Tour next May. Stage Two of The Women's Tour will head from Hinckley to Bedford, passing through Leicestershire, Northamptonshire and Bedfordshire. Hinckley is surrounded by rolling countryside and charming villages, and is situated near to the site where King Richard III lost his life at the Battle of Bosworth.

"We are delighted to welcome the Women's Tour to Hinckley.

"This visit builds on the work we have been doing to encourage our residents to discover or rediscover a love of cycling and the associated health benefits.

"These cyclists are a real inspiration and are fantastic ambassadors for women's cycling, and it will be wonderful so see them in action in our county.”

The second stage will finish in Bedford, already seen by many as the home of women's racing in the UK thanks to the Bedford 3 Day stage race, a pillar of the domestic racing calendar. Home to a picturesque Embankment, a historic charter market dating back to 1166 and some of the best parks and open spaces in the country, Bedford will provide an idyllic setting for the Stage Two finish.

"Bedford Borough has a rich sporting heritage and it is excellent news that we will be hosting The Women's Tour.

"It is very exciting that this prestigious international sporting event will be gracing local roads next May and I am sure local residents of all ages will line the streets and cheer on the world class competitors.”

Commenting on the confirmation that the ancient market town of Oundle will host the opening stage of the inaugural Women's Tour, Deputy leader for Northamptonshire County Council Councillor Heather Smith said;

Deputy leader of Northamptonshire County Council Heather Smith said: "We are very excited that Northamptonshire has been chosen to host the first stage of The Women's Tour. This is an opportunity to showcase our beautiful county to the rest of the world as well as promote cycling and women's sport locally, and will be the start of a summer of cycling events.

"I am particularly pleased that Oundle will be the location for the start of the first stage as this beautiful historic town will make a very memorable setting for the first-ever Grand Depart of The Women's Tour. And of course Northampton, the county town, is a fantastic place to end this historic first stage.”

Mayor George Higgins from Oundle Town Council said: "We are extremely proud that Oundle has been chosen for the start of the first-ever Women's Tour.

"The picturesque surroundings of our historic town will provide a stunning backdrop to the Grand Depart for cyclists and supporters alike, and we are also planning to organise an exciting programme of activities to celebrate this significant event.

"It's a real honour to host the first stage and the Grand Depart, and we are looking forward to welcoming everyone to Oundle next May.”

Details of the routes for Stages One and Two will be announced in the New Year.

The Women's Tour will take place over five stages between Wednesday 7th and Sunday 11th May. Further details of the race and the locations for the remaining stages will be announced over the coming months.

The Women's TourCreated by SweetSpot Group, The Women's Tour will bring world-class women's cycling to the UK in the country's first ever international stage-race, bringing the world's top riders to compete against Britain's Olympic heroines.

SweetSpot are an event organiser and sports marketing company behind the organisation of The Tour of Britain, the UK's biggest professional cycle race and the country's largest free-to-watch sporting event, and the creation of the unique Tour Series