​With just under 10 games to go in the Premier League this season (and, admittedly, no real idea if or when they'll be played) it's fair to say that Sheffield United deserve all the praise they've received so far.

Chris Wilder's Blades currently sit in seventh place in the Premier League, a mere five points away from fourth placed Chelsea. They also are joint with Leicester and Manchester City for the third-most clean sheets in the Premier League this season, and have fought tooth and nail for everything they've won. Wilder has created a spirit like no other at Bramall Lane, playing football you'd expect to see from European elites with largely the same squad that gained automatic promotion from the Championship last season.

But while the likes of Dean Henderson, John Egan and John Fleck have often received the most praise, it's wing-back Enda Stevens who has secretly been a lynchpin in the Blades' recent success.

His quality this season has earned the 29-year-old Irish international a new three-year deal, but very few people outside of Sheffield appreciate that he's quietly been one of the best left-backs in the Premier League this season. Stevens enjoyed an impressive spell at Portsmouth before signing with the Blades, providing a goal and seven assists as he helped Pompey to the League Two title just a couple of seasons ago. His performances earned him a spot in the PFA League Two Team of the Year that season; and he was subsequently snatched up by Wilder's United on a free transfer that summer.

He was a key player in his debut season with the Blades, before grabbing four goals and six assists the following campaign as they finished Championship runners-up behind winners Norwich City. His form proved to be more than just a player finding his level below the top flight though.

Stevens predominantly plays at left wing-back in a 3-5-2 formation under Wilder, and has featured 28 times in the Premier League so far this season. He's been particularly impressive going forward in that time too, grabbed two goals and two assists, creating eight big chances for his side and averaging 35 passes a game. 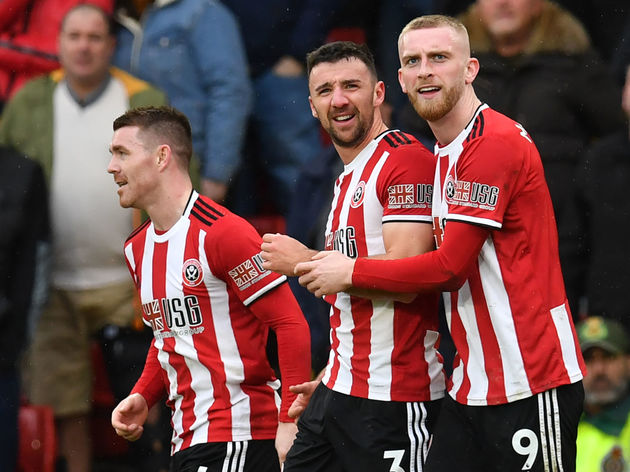 As important as he has been in advanced areas for the Blades however, he has also proved instrumental defensively, with a 60% tackle success and a place in the top 10 Premier League defenders with the most tackles this season. When you consider that the Irishman essentially pulls double duty in the extremely taxing role of wing-back, those stats are impressive.

The level of fitness and the mentality needed to consistently operate as a top wing-back is underappreciated. Sheffield United are one of very few clubs in the ​Premier League who regularly deploy a formation for which wing-backs are integral, so it is testament to Stevens that he can confidently perform in that role, as most of his contemporaries at other clubs are full-backs first, and only provide attacking support when necessary.

Capped 14 times by the Republic of Ireland, Stevens should expect that number to shoot up in the near future – or at least as near as the coronavirus pandemic will allow.

With Stevens currently injured, a postponed Euro 2020 playoff could be a blessing in disguise for ROI head coach Mick McCarthy, who looked set to play the match without the talented left-back. In summary, Enda Stevens has quickly become one of the best left-backs in the Premier League this season. He provides another attacking dimension going forward, but also works back and is a key piece of a five-man defensive barrier that has further been testament to Chris Wilder's tactical genius.

If he can regain full fitness, which there is no doubt he will, there is no reason why he can't kick on and assert himself as one of the Premier League's best defenders once again next season.