Nibali, Valverde And Sagan Amongst The National Champions 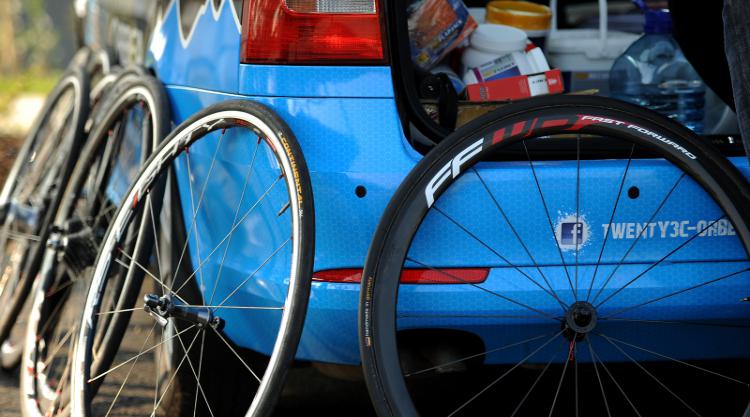 The Movistar rider won the 189 km stage which started and finished in Caceres, ahead of Caja Rural's Carlos Barbero Cuesta with Valverde's Movistar team mate Jesus Herrada in third place.

Giorgio Cecchinel (Southeast), Marco Frapporti (Androni - Sidermec), Antonio Nibali (Nippo-Vini Fantini) Luca Sterbini (Bardiani CSF) and Filippo Fortin (CM Cycling Team) were in the early break but Lampre and Astana never let them get too far away and on the final climb, Nibali attacked with three kilometres to go and race away to win in a time of 4.57.38, some thirteen seconds ahead of Francesco Reda of Idea 2010 ASD and 29 seconds ahead of Diego Ulissi of Lampre-Merida.

A 208km race around Benshelm of eight laps of a 26 km long circuit saw eight riders away by the fourth lap but Bora Argon 18 were able to cancel out their two minute lead and being amongst a new group of thirteen riders which was caught around the same time that Marcel Kittel abandoned.

Twenty three riders lead on the final lap but as the race neared its conclusion, Buchmann went away and made sure the sprinter like John Degenkolb and Andre Greipel did not have their day.

Buchmann won in a time of 4.55.22 and beat Nikias Arndt of Giant-Alpecin with BMC's Marcus Burghardt took the bronze medal.

Niki Terpstra of Etixx Quick Steph has become The Netherlands' national road race champion for a third time in Emmen.

Terpstra sprinted home after a 250km stage to take the win in 5.47.41 with Ramon Sinkeldam of Giant-Alpecin second and Trek's Danny Van Poppel third.

Sagan shot clear late in the race and beat his brother Juraj by a minute at the end of a 199km course.

Van Hecke was in the break all day in the race around Turvuren with Lotto Soudal's Jurgen Roelandts and won the two man sprint with BMC's Greg Van Avermaet third.

Speaking to Sporza, Van Hecke said: “This week I was thinking about the win. I knew I was going well but winning is something different.

“It’s not undeserved. I always did my work. So did Jürgen. I was up the road with someone who’s faster than me. We were riding very hard in the last three laps. After such a race, 250km in the attack, it’s the rider with just a little more power who wins. It'll be a big party tonight.”

Steven Tronet of Auber 93 is the French National Champion.

A 247km race in Chantonnay saw a thirteen man break get away before a new break of eight riders went away with two laps of a 17km closing circuit got away.

They were pulled back and the race ended up in a sprint which Tronet won. However, there was a crash which took down Nacer Bouhanni of Cofidis with three hundred metres to go and possibly put his Tour De France in jeopardy and saw Antony Roux of FDJ who had initially finished second, being disqualified and Tony Gallopin (Lotto-Soudal) and Sylvain Chavanel (IAM Cycling) were promoted to the podium places.