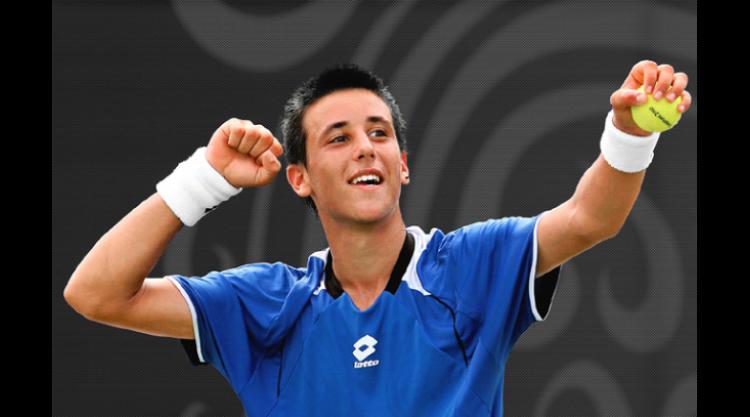 Serb Novak Djokovic acclaimed the "fantastic" feat of Bosnia and Herzegovina qualifier Damir Dzumhur to reach the third round at the Australian Open on Wednesday.

Dzumhur, ranked 187, lifted his Balkan nation when he won through to the last 32 at the year's opening Grand Slam tournament to continue his winning run in Melbourne.

"It's fantastic. I never seen him play actually. But I know him, he's a young player," Djokovic said.

"He qualified and he won a couple rounds, which is incredible success for him and for his country.

"It gives our people who are going through tough times in all these countries in our region hope and also encouragement in life. I congratulate him and I hope he can go far."

Dzumhur advanced after his Croatian opponent and 32nd seed Ivan Dodig retired with leg cramps during the fourth set while leading 6-4,, 6-4, 3-6, 1-4 in sweltering conditions.

It set him up with a third round encounter against Czech seventh seed and former Wimbledon finalist Tomas Berdych.