Scotland to tour Japan in 2016 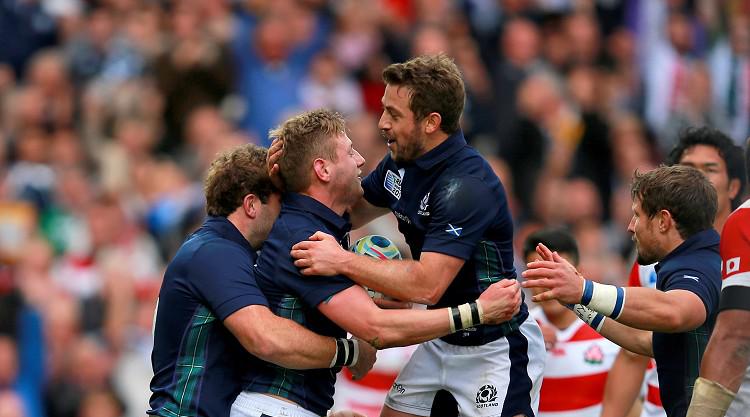 Vern Cotter will lead his Scotland side to Japan for a two-Test series with the Brave Blossoms next summer, the Scottish Rugby Union has announced.

The Dark Blues - who faced the Asian champions at this year's World Cup - have pencilled in matches for the weekends of June 18 and 25, with precise dates, kick-off times and venues to be confirmed later.

Under Eddie Jones - now in charge of England - Japan pulled off the shock result of England 2015 by beating South Africa in their opening Pool B match.

But Jones' exhausted troops could not raise themselves again four days later when they took on the Scots at Gloucester's Kingsholm Stadium, going down 45-10 after shipping five tries.

However, they did threaten another upset after a stirring first-half display which saw Amanaki Mafi cross over and Cotter believes the Japanese - who have yet to appoint a new head coach - will provide his team with another stiff test.

Victory over the Springboks helped Japan climb the World Rugby rankings to 10th and Cotter - whose side are one place above - said: "We're pleased to confirm our 2016 summer tour will take us to Japan, where our players will enjoy a stern assessment from one of the most improved teams in the world.

"Japan are forging a very strong rugby culture and will be boosted by the inclusion of a Japanese franchise in Super Rugby for the first time that year, all of which will combine to create a very testing environment for our touring group of players."

The trip, which will be the Scots' first to Japan for an official Test, will also provide Cotter and his team with an early peek at the facilities expected to be used for the 2019 World Cup.

Scotland have faced Japan on full-cap terms on five previous occasions, with 2004's 100-8 triumph in Perth the highlight of five straight victories .