After winning a domestic treble this season, the big Belgian has decided it's time for a change, announcing he will be taking charge of Anderlecht in a player-manager role. To mark the end of his eleven-year spell with the Premier League champions, in which he accumulated 360 appearances and a host of silverware, the club asked Kompany who would go into his best Manchester City XI on their official Youtube Channel. Joe Hart - Kompany did concede that: "Ederson is well on the way to becoming City's best ever goalkeeper," but it was the longer-serving Joe Hart who got the nod.

Hart's career may have somewhat dipped downhill in recent times, but he was at his peak whilst at Manchester City.

Kompany credits Hart with "Changing the culture of the club, he was much more than just a goalkeeper." Gael Clichy - The Frenchman's best years arguably didn't come in a City shirt, with Kompany admitting, "I was already impressed with him [before he was signed for City]."

Kompany then goes on to add: "There wasn't much between him and Kolarov." Both spent a long period in the Premier League and neither should have to miss out on a spot.

During his best days, Zabaleta was the definition of consistency and could always be relied upon in important matches. Walker will have to perform for a few more years before toppling him.

Vincent Kompany - Of course the man himself, Vincent Kompany has to play. Central defence hasn't always been Manchester City's strongest, and there's no one better to fill that central role.

He probably is their best ever centre back, both in terms of his leadership and footballing abilities, so we'll let him have this one.

John Stones - As much as City are a side well known for their attacking prowess, Kompany did note the defensive servants City have had over the years, including Aymeric Laporte, Nicolas Otamendi and Joleon Lescott.

The Belgian said of Stones: "He's probably the most gifted defender." Kevin De Bruyne - "I've seen Kevin do stuff I haven't seen any player do. Never mind my City eleven, he might be in my world eleven." Enough said.

David Silva - "The Wizard. If you don't put him in your team you don't even have the right to build a team."

Silva hasn't always maintained his goalscoring form this season, failing to find the net in 27 matches prior to the FA Cup final, but he brings more to the side than just goals.

Silva has been and still is one of the most creative players in the Premier League. One of City's greatest ever.

Yaya Toure - "Everyone knows his quality." At his best, Toure was one of the most powerful and frightening midfielders on the planet, capable of single-handedly carrying the ball from deep.

As good as he was on the ball, his dribbling may not have been his greatest attribute. When it came to long shots, whether that was from a dead ball situation or not, Toure was one of the best around. 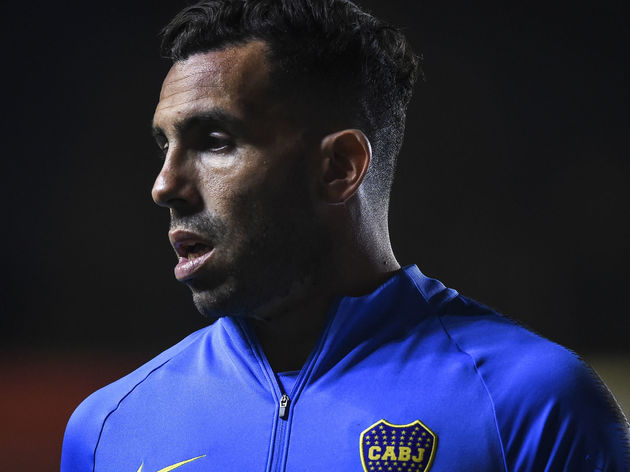 Raheem Sterling - The PFA Young Player of the Year is not a surprising inclusion within this lineup. He seems to have finally found his clinical nature, having previously been prone to missing the odd sitter.

City have had a wealth of attacking talent throughout the years but, for Kompany, Sterling is simply "the first name that comes to my head."

Sergio Aguero - This is probably the easiest choice in the whole team, alongside Kompany himself. ​Aguero has been City's most prolific striker since his arrival at the club, and doesn't look like he'll be slowing down anytime soon.

"Just for that one moment when he scored against QPR." He's had plenty of memorable moments in a City shirt but yes, that title-winning strike has to be the finest of them all.

Carlos Tevez - This was a position Kompany struggled with, and understandably so. With options like Edin Dzeko, Leroy Sane and Samir Nasri, this was always going to be difficult.

Much like Zabaleta, Kompany credited Argentinian Carlos Tevez's inclusion to the impact he had in big games, recognising just how important his goals were.