When Gavin Peter McCann first pulled on the Lytham St Annes YMCA Juniors shirt as a young whipper snapper, he could only have dreamt that he would one day be receiving praise from the likes of ​Gary Megson. Yet just a few years later, McCann was fully conscious when the Bolton manager's lips formed the sweet words (Above: Gavs takes a long hard look at the object he was meant to be tackling)

His journey to this euphoric moment, however, was not quite as plain sailing as the Englishman would perhaps have anticipated. Life in professional football began in the 1990s - the last hurrah of the 20th century - where attention was directed more towards the fall of communism worldwide than the debut of a twenty-something for Everton. But Gavs didn't let Gorbachev, Oasis or the launch of the internet put him off. He'd worked hard at the ​Liverpool-based club's academy and was rewarded with his full professional contract in 1995, under manager Joe Royle.

Yet if Royle was expecting life-long commitment from the man who incidentally shared his name with a brand of oven chips, then he was well wide of the mark. The Roker Report Cult Hero Hall of Fame some years later. (Above: It was moments like these when Everton felt very silly for letting McCann slip through the net)

However, cult hero or not, ​Sunderland knew that they would be unable to tie down the young maverick for more than 116 appearances.

Relegation triggered mass exodus from the Wearside club, as 'The Chip' led the way with a move to Aston Villa. Following his departure, the board showed their gratitude to his five years of service, stating, "We would have liked £4m [for Gavin], but our financial position means we have had to settle for £2.5 million."

Little did Gavin know, he was to be the marquee signing of an ambitious plan to rebuild the West Midlands side. Disappointment derived from failures to attract the talents of Brett Emerton and Paul Robinson quickly dissipated, as Villa fans gleefully watched Gavs do everything from slamming home consolation goals in 3-1 losses to wrestling players to the ground and getting sent off. 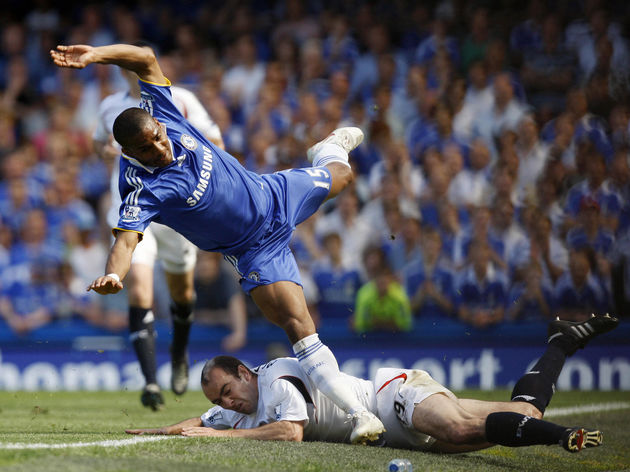 (Above: 'The McCannic' taking out Chelsea's Florent Malouda with the ball absolutely nowhere to be seen)

​not a star England international

"I don't feel I could call myself an England player"