​Neil Warnock claimed that there is 'not a cat in hell's chance' that he will manage in the Premier League again after Cardiff's stunning 2-0 victory over Manchester United on Sunday.

With the Bluebirds' relegation to the Championship already confirmed, the visitors were handed a free hit at Ole Gunnar Solskjaer's struggling side at Old Trafford on the final day of the season, and Cardiff seized the opportunity to go down swinging.

Neil Warnock on United: 'The start they had possibly fudged a lot of the issues. It'll take more than two or three transfer windows to sort things out.' #mufc

Nathaniel Mendez-Laing struck in both sides of half time to give Warnock's side a shock victory, condemning ​United to a dismal end to a rough campaign, whilst ​Cardiff went out on a high. As quoted by ​BBC Sport, Warnock said after the game: "I know it's my final Premier League game.

"I'm going to have one more year in the Championship and hopefully it would be nice to get a ninth promotion."

Asked whether he would like to return to the top flight as a manager, Warnock said that there was "not a cat in hell's chance" of that happening.

Pressed further on why he would not manage in the Premier League again, the Cardiff boss added: "I don't really want to get into that - it'll spoil the day, really.

"I never thought I'd actually be going for a ninth promotion [next season], but the wife's right keen. She's loved it here [Cardiff City].

"I think a lot of the younger lads should take a leaf out of the enthusiasm that I've got and the love that I've got to see a group of players, who are average players, perform like that." 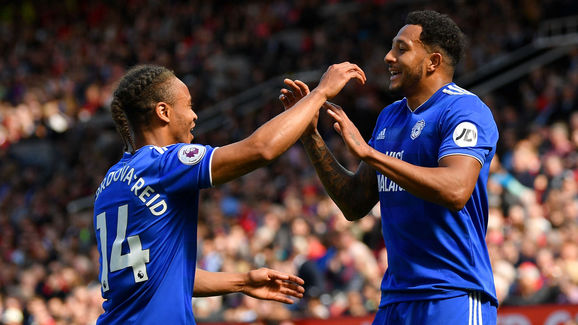 Warnock once again claimed that Cardiff could have stayed up if they had been afforded more of 'the rub of the green', but admitted that the Emiliano Sala tragedy did have a galvanising effect for the club.

"The Emiliano tragedy, I've never experienced anything like that and they [the players] came back out and gave it a go and right to the second-last game we were in with a shout," Warnock added.

Ken Choo: “What a way to finish the season! Well done to the team today for that great win.

“You fans kept us going until the end. It’s been tough, but we stuck together throughout it all.

“Enjoy the summer and see you for the start of 2019/20. #CityAsOne pic.twitter.com/DEsDztCDc5

"I think we should have stayed up, if I'm honest, if we'd had the rub of the green."