​Manchester United are preparing to slog it out with Borussia Dortmund over the transfer of Jude Bellingham - weeks after the Bundesliga club beat them in the race for Erling Haaland's signature.

The 16-year-old has been a regular for Birmingham City this season, taking part in all but five of their Championship games. 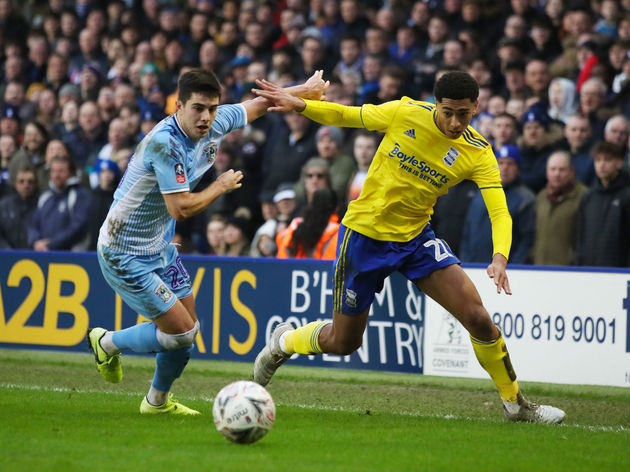 Operating in a central or right midfield berth and even occasionally as a number ten, Bellingham is the Blues' youngest ever scorer and appearance maker. He has found the back of the net on four occasions this term while also racking up three assists.

Interest in the England Under-17 star is unsurprising and it appears that Dortmund and United have now ​overtaken Liverpool at the front of the queue for his signature. The fee involved in any future move is complicated by the fact that Bellingham is still on a scholars contract at St Andrews, although the Athletic report states that a pre-agreed deal means he will turn professional on his 17th birthday in June.

Players younger than this can be transferred for nominal fees decided by a tribunal. ​Manchester City

Bellingham is unlikely to follow a similar route. As reported by 90min, his father is eager for Birmingham to receive a significant financial windfall for his son's services as recompense for aiding his development over the years