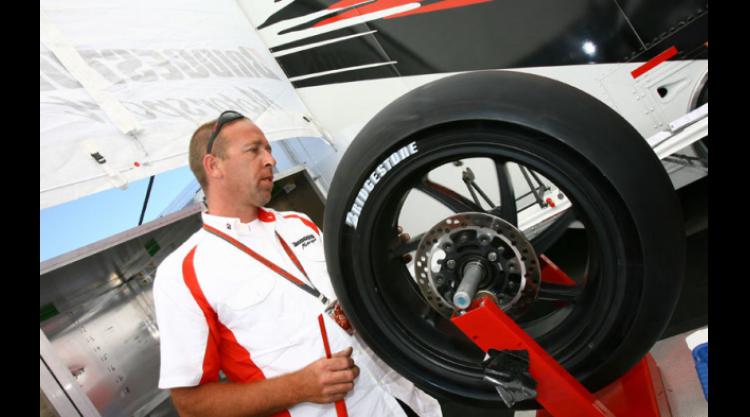 Bridgestone has announced it wants to promote a wider variety of race strategies in MotoGP by developing more similar rear tyre compounds in 2014.

The championship only saw two occasions this season where the main title challengers were on different options.

Valentino Rossi also claimed that Bridgestone’s current crop of tyres – including the discernible difference between compounds – was a reason for his relatively poor form last season.

The tyre manufacturer has heeded the calls from the Yamaha rider and others, promising that work over the winter will see a change in tyre compound make-up next season.

"Over the winter we will develop tyres for next year's pre-season tests that will improve upon the key performance characteristics we want to offer riders; warm-up performance and greater usability," Bridgestone Motorsport Manager Hiroshi Yamada said.

"We're also continuing down the development path for our rear tyres so that we can offer two viable rear tyre options at every circuit to promote greater variability in tyre choice on race day."

Yamada also said Bridgestone hoped the softer rear tyre it will produce for open class bikes will see them pose more of a threat to the factory machines next season.

"It is evident from testing that the performance of the new open class machines is quite high," he said.

"It will be a challenge for us to supply a softer rear slick option for these machines, but I hope to see some exciting battles between the factory and open class machines next year."