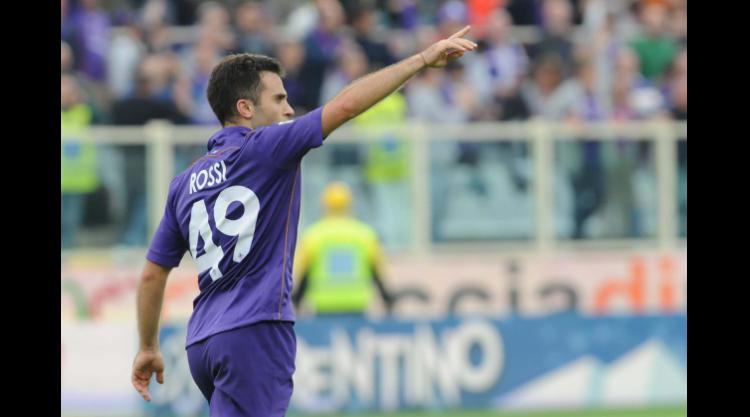 Italy international striker Giuseppe Rossi has given his country a pre-World Cup boost by returning to training with Fiorentina on Friday.

Former Manchester United forward Rossi injured his knee on January 5 but just two months out from the beginning of the World Cup in Brazil, he is now back in training in Tuscany.

The American-born 27-year-old was greeted by around 500 fans for his return.

It was the second major knee problem he has suffered in his career having missed the majority of a two-year period from 2011-13, during which time he transferred from Villarreal to La Viola, due to a torn cruciate knee ligament.

His return was welcome news for Italy coach Cesare Prandelli and the diminutive striker was part of the 42-man squad named for physical tests at Italy's training base just outside Florence at Coverciano on Tuesday and Wednesday next week.

Only Italian-based players have been called up to the tests but one notable absentee from the list is Parma forward Antonio Cassano, who has not been selected since the end of Euro 2012.