Racism, but not as we know it! 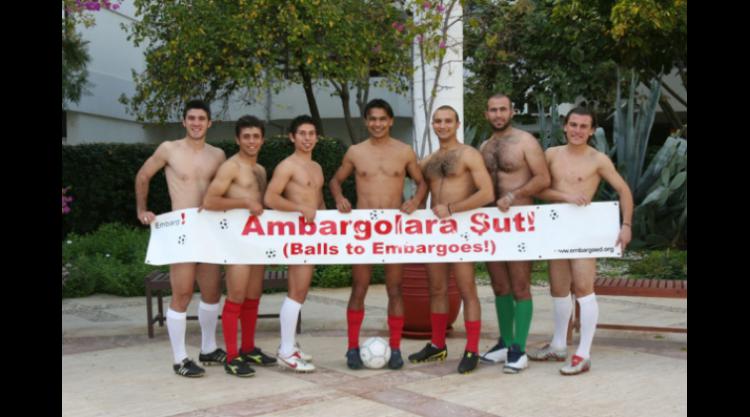 Readers of this website will have been riveted by the revelations in the last year or so around racism in football and these continue to rock football. Only last week a Cheltenham football fan was arrested for allegedly sending racist tweets to Northampton Town players Adebayo Akinfewa and Clarke Clarlisle, who is also Chair of the Professional Footballers Association.

Fevzi Hussein brings us news of an interesting development where intolerance appears to have reared its ugly head at grass roots community level football.

On the 19th May 2013, a friendly match was supposed to be taking place at Barnet Football Club between an All Star XI group of Turkish Cypriot footballers made up from the Turkish Cypriot league, which is effectively the Sunday League set up at Hackney Marshes, amongst other locations within London. They were due to play the North Cyprus national team.

Turgut Esendagli, who is the Chair of the Turkish Cypriot Football Federation based here in the UK, appeared on Kibris Genc TV last night (9 May 2013) and he played a message to the viewers, which was left on his voicemail. The message was from a Barnet Football Club representative and confirmed that Barnet were not going to honour the arrangement which had been verbally agreed (a contract had been drafted in preparation). The club cited a covenant which did not permit political activity and given the ongoing problems linked to Cyprus, the club deemed it too “risky” to go ahead with the game. The spokesperson from Barnet also said that he could not allay the fears of his board and the (Greek Cypriot) media on this issue. This appeared to be in contradiction to what furious Turkish Cypriots were being told when they besieged the club to complain when news of this broke - they were told the Turkish Cypriot Football Federation had not paid the booking as this was effectively the reason for the game not going ahead.

Football is the real loser here. Many people rightly say that politics should never come into football and FIFA also (supposedly) recognise this. Within their own statute article 3 reads

“Discrimination of any kind against a country, private person or group of people on account of ethnic origin, gender, language, religion, politics or any other reason is strictly prohibited and punishable by suspension or expulsion.”

Turkish Cypriots, including its footballers, have been embargoed since December 1963. Let’s face it we all love football and your average football fan will be horrified to learn that Turkish Cypriot teams are not even allowed to play friendly football matches. The last such attempt by a British club to play a friendly was in 2007 when Luton Town organised a game with Cetinkaya in North Cyprus. In a farcical climax the game had to be abandoned as the Luton players came out of the players tunnel. This was due to desperate complaints being made to UEFA and the English FA by the Greek Cypriot FA who along with the Greek

Cypriot lobby movement, simply do not permit any engagement where Turkish Cypriot footballers will be allowed to enjoy what many people regard as a sports-based human right. It must be gut wrenching for Turkish Cypriot footballers in North Cyprus to see the likes of Apoel Nicosia flourishing in the Champions League and seeing visitors such as Chelsea, Real Madrid and Olympique Lyon coming to play literally a few miles across the border and yet they are barred from playing even friendly matches. Anti-racism groups Kick It Out, Show Racism the Red Card have both been approached to help bring a more level playing surface for Turkish Cypriots footballers (pardon the pun).

Football fans are all football experts when it comes to discussing our lovely game and you will all make up your own minds as to how fair this story is. I always believed that sport was a great way to bring people together, but as we see here, it is just as likely to keep people apart.