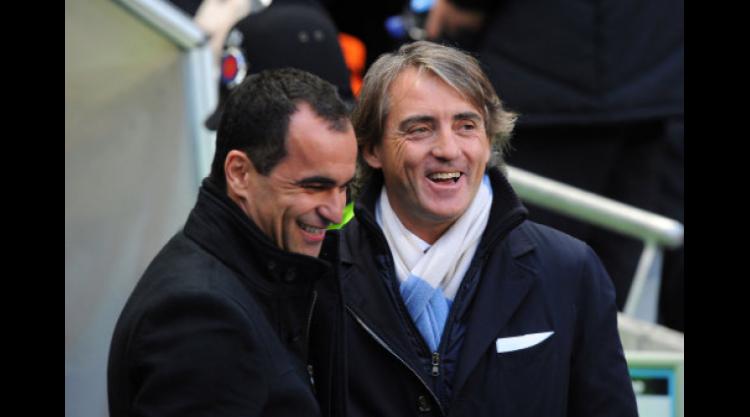 Manchester City will go into the FA Cup final looking to salvage a trophy to save a disappointing season. Tomorrow will mark their tenth appearance in the final, their second in three years.

Meanwhile, Wigan will turn their attentions away from the relegation dog fight to Saturday, which will be the first FA Cup final in the clubs history.

Leading them out at Wembley will be proud owner Dave Whelan, 53 years after being stretched off the Wembley turf after suffering a broken leg whilst playing for Blackburn Rovers.This is a remarkable story that typifies the magic of the FA Cup, on the year of the Football Association’s 150th anniversary.

Wigan will look to go one better than their last final appearance, after losing to City’s Manchester rivals United in the League Cup final in 2006.

Victory may give the Latics added confidence as they go into the last few games of the season aiming to confirm their place in the Premier League for another year.

Roberto Martinez will also be looking forward to the occasion- to escape from increasing speculation linking him with the summer managerial vacancy at Everton.

The past ten meetings between the sides have seen Wigan win and draw once, losing eight times- two of which have come this season.

Man City players will split a bonus of £500,000 if victorious, while Wigan only face a reward trip to Barbados if they beat relegation.

Man City will field a strong side after making eight changes to the side in the victory over West Brom on Tuesday night. They will also be boosted by the news that Yaya Toure will be available for selection after doubts over injury.

Costel Pantilimon will start in goal after Roberto Mancini confirmed he will stick with the Romanian, who has played in City’s matches in the run to the final. It could be the giant keeper’s last game for the Blues as he seeks regular first team football.

Despite the relegation threat, Wigan will field a strong line-up despite a league tie against Arsenal on Tuesday. One player ruled is Jean Beausejour, who was stretchered off last Saturday against West Brom after pulling a hamstring. Wigan may also recall goalkeeper Ali Al Habsi, who hasn’t played since the semi-final win over Milwall, to the side.

Saturday will mark one of the biggest occasions in Wigan Athletic’s history and although they go into the game as massive underdogs, they will have every hope that the magic, which the FA Cup regularly produces, will be on show at Wembley on Saturday evening.