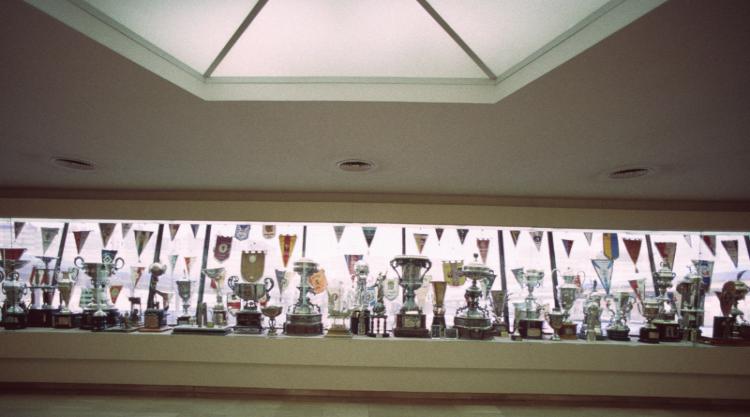 Is the dominance of Barcelona and Real Madrid in Spanish football soon to be challenged on a permanent basis? From 2016, clubs will no longer be permitted to negotiate their own television rights and the playing field is set to become more levelled economically.

Okay, so Atletico in recent years have won La Liga and the Coppa Del Rey, but the El Classico rivals have been so dominant in Spanish football that Valencia and Deportivo are the only other sides to win the league this century.

Further more, you have to look back to the Bilbao side of the mid 80’s to find a spell where neither Barca nor Real Madrid won the title for more than a season. Some may argue that the dominance of the big two is not that problematic. Sevilla are the Europa League holders and Real Madrid won their tenth Champions League.

However, there must be a deep financial problem if the League champions struggle to keep their title winning squad, which is exactly what happened to Atletico Madrid. I always considered them to be a big club and they have been successful over the last few years under Simeone, but have always struggled to keep their star players. Aguerro to Man city, Torres to Liverpool, Falcao went to Monaco before Man United and Costa, their main man last season, moved to Chelsea.

Despite the success last year champions Atletico Madrid, earned €42 million from TV rights, while Cardiff City, who were relegated after finishing bottom of the Premier League, received €74.5 million.

The reason for this is down to the scandalous arrangement that has degraded Spanish football for years. Last year Barca and Real shared around €280 million between them, about a third of the money offered by the broadcasters after negotiating separately. Whereas, the English and German leagues help every club because they negotiate collectively.

La Liga needed government intervention to put an end to the shameful and unequal system that almost encouraged a two horse race for the Spanish title. At long last sides like Sevilla, Villareal, Deportivo, Valencia and Atletico will be able to build on successful squads and improve to challenge in the long term.

English football may be a two horse race every season, but the horses tend to change. Blackburn and Newcastle challenged Man United in 1990’s, Arsenal were Fergie’s biggest rivals in the early noughties and Chelsea and Man City are set to fight it out for the next couple of seasons.

Spanish football is hoping to become more competitive but compromise was needed in the legislation, and one of the clauses states that no club should receive less than they are presently getting, which enables both Barcelona and Real Madrid to keep the €140 million they are presently being paid. Despite this set back in 2016 the legislation comes into effect and TV rights will be sold to the highest bidder and the revenue will be shared. This new deal will allow the smaller clubs to become stable and help prevent bankruptcy and hopefully break the monopoly of the big two… for more than a season.