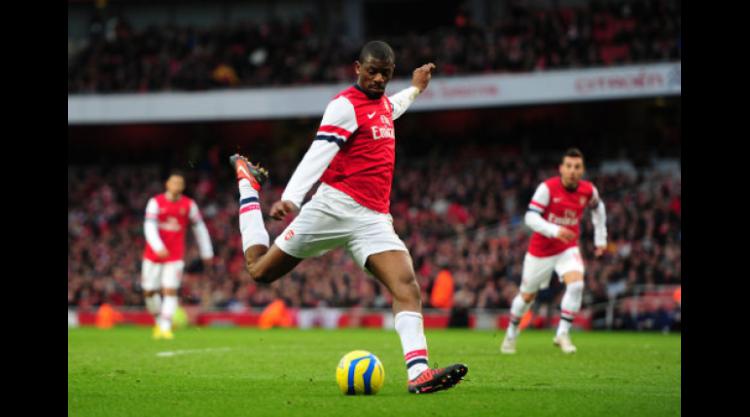 Steadfast, strong, no-nonsense etc. are just some of the words in an endless list which can be associated with Abou Diaby. The France international has always been rated highly by Arsene Wenger and, was foreseen by many to emulate Arsenal legend, Patrick Vieira. While injuries have plagued Diaby’s career, manager Arsene Wenger, has stood firm in his beliefs for his French compatriot.

“This now is a big period for Abou, and he is conscious of it. You do not want to put any pressure on him, though, because he has enough and Abou puts himself under so much pressure.”"

Diaby joined Arsenal from Auxerre in 2006 at the tender age of 19. His ability on the pitch made him an immediate favourite and was tipped for great things at the club. Arsene Wenger had certainly found an absolute gem in Diaby and has always been a huge admirer of his fellow countryman. This season, Diaby has managed to play a few games for Arsenal. His commanding presence on the pitch has been evident and has been instrumental in midfield.

Diaby’s injury prone career commenced with an ankle break against Sunderland, described by Arsene Wenger as "slaughtering". During his time at Arsenal, he has suffered over 30 injuries and still struggles to find the required fitness to compete week in, week out at the highest level. However, on sheer performance, anyone associated with the club would not want to part ways with him.

This summer, which is of paramount importance for the manager and the club, the exodus of players is set to continue. Diaby’s fitness over the next 10 games seems of utmost importance. Even for a great manager like Arsene Wenger this is a tricky situation, as he needs to assess the future of a super talented player who is sadly injury prone.