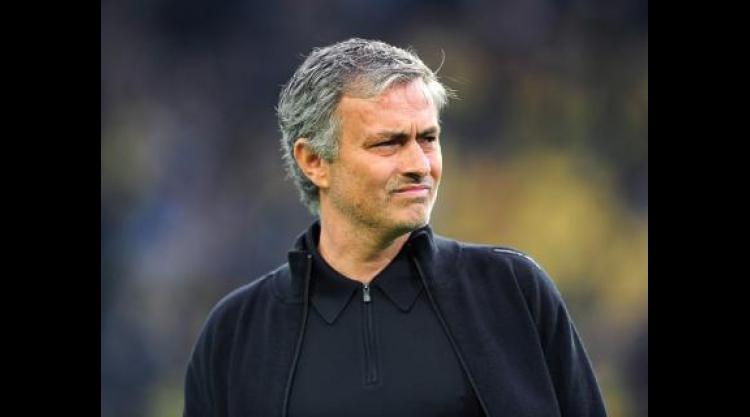 Another season, another head coach at Chelsea Football Club.

With Jose Mourinho’s Real Madrid crashing out of the UEFA Champions League in the semi-finals and Rafa Benitez a less than popular option at Stamford Bridge, the stage seems set for Mourinho’s return to Chelsea. As rumours slowly build, so too does Mourinho’s connection back with the Blues, and with a £100 million figure to spend, here are some of the young players The Special One might be looking at in the summer transfer window.

David Luiz has enjoyed a strong season at Chelsea, but the Blues will look to reinforce their defensive line for next year. Borussia Dortmund is ripe for the picking with the likes of Mario Götze, Robert Lewandowski and Mats Hummels all being linked to moves to bigger clubs. Chelsea should flex their spending muscles, too, and sign Neven Subotić, a central defender who, alongside Hummels, has established himself as one of the finest centerbacks in the game.

His style of defending is what you’d expect from a Serbian international: strong tackling, good positioning, and tall enough at 6’ 4” to be a presence in the box both offensively and defensively. Lining up beside compatriot Branislav Ivanović, Subotić would offer Chelsea a long-term replacement for John Terry in the backline. Besides Terry, Chelsea only boasts Gary Cahill and Ivanovic, and with the latter more effective at right fullback, a need to fill the centre-halve role is key. Subotić, at 24 years old, would be a perfect fit in a Chelsea team full of stars in their mid-20s.

When a manager switches outfits, they often bring one or two players from their old outfits to their new stomping grounds, and Mourinho’s tenure at a shaky Real Madrid could see a miniature exodus of players from the Santiago Bernabeu. One player who has expressed interest in a return to the English Premier League is Xabi Alonso. A central defensive midfielder with a key sense of passing, a rock-solid presence in midfield – and a set piece master – Alonso would offer Chelsea something they sorely lack in midfield; a general.

Frank Lampard’s time in Chelsea is dwindling to a close and though Ramires has been an effective battler in the centre of the park, Alonso is a different sort of player and one that Chelsea could use in combination with the Brazilian midfielder. Alonso is a bit older than other options, at 31 years of age, so his signing would be on the cheaper side, too – a plus, regardless of Chelsea’s comfortable financial status!

Another Serbian footballer, often linked to Chelsea as of late, is Lazar Marković of Partizan Belgrade. He is an attacking midfielder and a second striker who has a keen sense of positioning and an ability to burst past opposition defenders with speed and directness. The 19-year-old is making waves around Europe and attracting attention from various outfits including Inter Milan and Liverpool, but he would be amongst great company at Chelsea, training with – and competing for a spot against – the likes of Oscar and Juan Mata.

Marković is not an immediate starter but he is a player who can be called upon from off the bench to offer an added threat in the attack and combined with Fernando Torres up front, his pace would spread opposing defenders apart and allow for more room to create in the offensive end. He’s young, fast and dangerous, and a Serbian international, who made his debut against Armenia back in 2012.

Speaking of Armenia, one of the most exciting young players to emerge from this year’s Champions League is Shakhtar Donetsk’s Henrikh Mkhitaryan. A creative attacking midfielder by trade, “Heno,” as fans call him, is one of the most energetic and influential young midfielders in the game. During Shakhtar’s Champions League run, Mkhitaryan covered more ground than any other player in the competition, beating out Xavi and Andrea Pirlo.

Mkhitaryan has been linked with several clubs for the summer transfer window, including Juventus, Manchester City, Chelsea and, most recently, Liverpool. Mkhitaryan’s stats make him most comparable with Lampard - Heno has netted 24 times in 34 games for Shakhtar from midfield. There are few midfielders who can net past the 20-goal mark, Lampard being one of the most famous, but at 24 years old, Mkhitaryan is certainly an offensive threat. He’d fit in perfectly alongside Ramires and would give Chelsea a consistent and dangerous player to use in multiple positions.

Finally, we’ll round this list off with another goalscoring threat, in Belgian forward Christian Benteke. Aston Villa’s player of the season, Benteke scored 22 goals for the Villains this year, and at 22 years old, he has plenty of years ahead of him, too. Benteke is a target man with an ability to finish in front of goal. Villa will be offering him a new contract to ward off any suitors, but a big-money move to a team looking for reinforcements up top could sway him to Stamford Bridge before the start of the next season.

What you get is what you see with Christian Benteke, though that wasn’t always the case. Young forwards are always praised when they perform above their expected levels and Benteke is no exception – he earned plaudits for his goalscoring ability from his managers, was identified by Andre Villas-Boas as a dangerous player and has established himself very early on as a key player in Aston Villa’s line up. With so much going for him in terms of hype and production, Benteke is setting up to follow in a sort of traditional inter-Premier League swoop akin to Roque Santa Cruz, Carlos Tevez and Dimitar Berbatov – only time will tell!