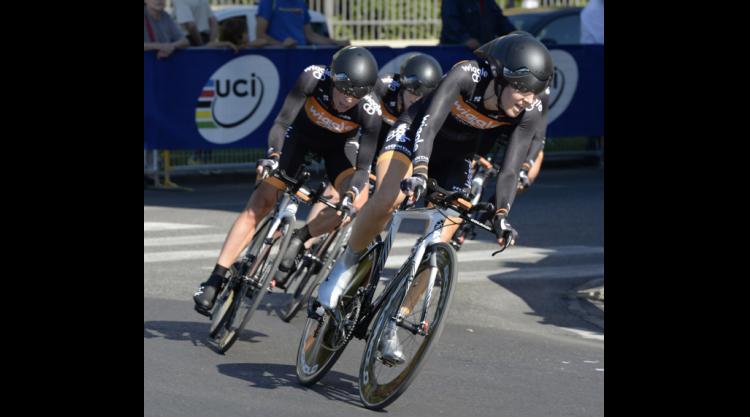 Forty eight riders but no British interest, went down the ramp in Florence starting in the park at Le Cascine and finishing at Florence's Mandela Forum, near the Stadio Artemio Franchion after a 25.34km course.

Lithuanian Katazina Sosna was first down the ramp but it was Canadian Denise Ramsden who recorded the quickest time of the early starters when she finished in 30:06, 35 seconds up on Sosna.

France's Melodie Lesueur became the first to post a sub thirty minute time, recording a time of 29:55 and the times got quicker with Linda Villumsen of New Zealand posting a 28:12 and American Carmen Small finishing in 28:16.

Pre race favourite Ellen Van Dijk, who rides for the Specialized Lulemon team which won the Women's Team Time Trial on Sunday, was last to go, going off at 4.04pm local time.

She turned over a large gear and was twenty seconds up at the first checkpoint and 25 seconds at the second.

Van Dijk kept up the pace and came to big applause from a large crowd to win with a time of 27:48 and take the rainbow jersey.