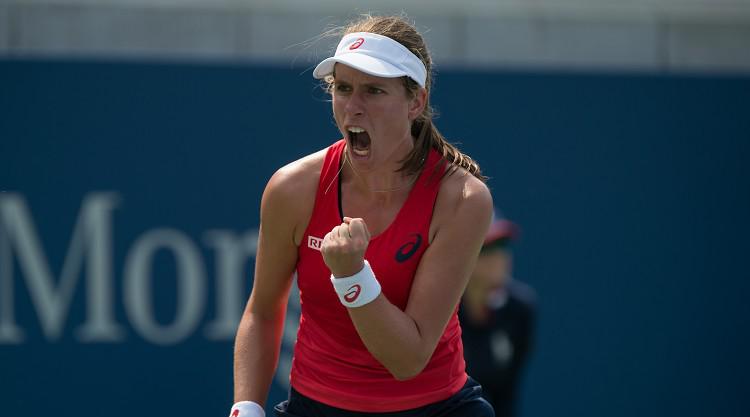 Britain's Johanna Konta secured the biggest win of her career on Thursday, beating Garbine Muguruza to reach the third round of the US Open.

Her victory came at the end of the longest match in women's history at the US Open since the tie-break was introduced in 1970.

:: Konta was born in Sydney to Hungarian parents. Her dad is a hotelier and her mum a dentist. She speaks both English and Hungarian.

:: Konta moved to England and based herself in Eastbourne in 2005, aged 14. She qualified as a British citizen in May 2012 and soon started competing for Great Britain. In 2014, she switched her training base to Gijon in Spain.

:: Her first Wimbledon appearance came courtesy of a wild card in 2012 and she showed her propensity for being able to go the distance in matches, eventually losing 10-8 to Christina McHale in a deciding set in the first round.

:: Later in 2012 she upset Timea Babos, beating the world number 59 in the first round of the US Open. Until her marathon victory over Muguruza, that remained her best performance at a grand slam.

:: She has won 11 ITF titles during her career but awaits her first on the main Tour. She has accrued close to Â£400,000 in prize money to date.