The Referee's Decision Is Final 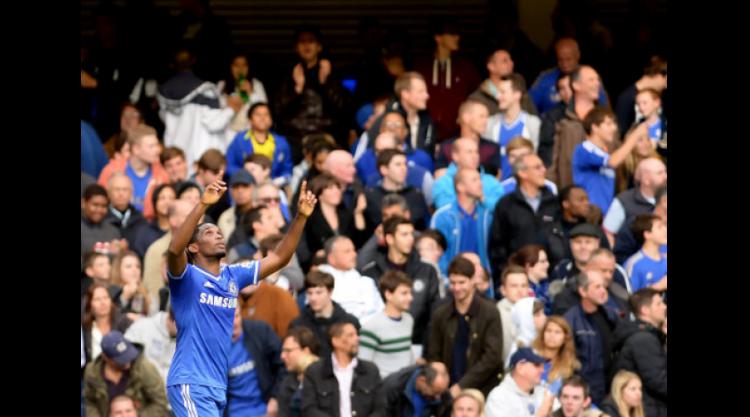 The beautiful and human side of football, is that my view point of an occurrence within the midst of a match may well be quite different to yours. I may see a deliberate foul on a player, while you see a well-timed tackle executed to perfection. The same goes for the referee. Every single football fan the whole world over will swear blind at some point at watching their favourite team, the ref is either afflicted with the worst case of myopia since the cartoon character Mr Magoo, or took a seriously substantial financial ‘gift’ from somebody to offer such favouritism to the opposition. I’ve even heard fellow supporters insinuate quite vocally neither of these are the case – the ref actually is not a very nice person, and ‘pleasures’ himself in the privacy of his own home at night.

Last weekend we had another incident to add to the list of referee decisions that beg belief. Debate will rage for years over whether the Cardiff City ‘keeper David Marshall was still in control of the ball when Chelsea forward Samuel Eto’o cheekily pinched it off the Welsh team’s shot-stopper and passed it to Eden Hazard to score easily. Was this a foul by the Cameroonian? Had Marshall released the ball so he was fair game to be tackled? Again, it depends upon your view point and how you interpret the rules of the game.

Back in 1990, something very similar happened during the First Division fixture between Nottingham Forest and Manchester City. City ‘keeper Andy Dibble had collected a cross, held onto it, was just about to release the ball when from behind him Forest winger Gary Crosby headed the ball out of his hand (no physical contact between the players occurred), and proceeded to slot the ball home to put his side in the lead. The Manchester club and all their supporters were in uproar. Surely this definitely was a foul on the ‘keeper? But the goal stood – the referee saw no infringement had happened, thus – in his opinion – it was a perfectly legal goal. It was discussed at length on ‘Match of the Day’, with other referees being asked their thoughts on the matter. And the delightful thing was, they all had their own views on it. Some of them said – in their opinion – yes, it was a foul on Dibble – no goal. Others said no foul had occurred, but in the spirit of the game and fair play, the goal would have been disallowed. Delicious. No-one could come up with the same answer!! The brilliance of the human mind never ceases to amaze and astound me.

The biggest referee faux pas on this theme, however, is the one no England supporter will ever forget. Even those not born at the time, will have had it drummed into them by their fathers, as something we must always remember – we were playing against twelve men that day – one of them wearing black (some of the press will have you believe at the time). I’m referring to the infamous ‘Hand Of God’ – Diego Maradona in the 1986 World Cup Quarter Final.

Early in the second half, Argentine captain Maradona made a mazy run at the English defence, before laying the ball off to his right. Aston Villa midfielder Steve Hodge got his foot to it, but miss-hit his pass in sending it back towards ’keeper Peter Shilton, resulting in it arcing through the air as a high lob. Continuing his run, Maradona raced in on the England captain to put him under pressure and play the ball, something all forwards worth their salt would be expected to do to a goalkeeper in such circumstances. The two players leapt up into the air together, reaching the ball at the same time. Shilton attempted to punch it clear, but was beaten to it by a fraction of a second by the Argentine, who sent it into the back of the English net before spiralling away to celebrate his goal with his team-mates.

I remember sitting at home watching this live on T.V with my parents. Initially, I thought that was one hell of a header from such a small guy (Maradona being barely five feet two tall), beating the towering figure of 6ft 1 plus Shilton. But my father and the BBC commentary team had seen something else - Maradona had jumped with a clenched fist above his own head, and had punched the ball beyond the English goalkeeper to score. It was blatant handball! The goal was illegal, so shouldn’t stand…….surely? Replay after replay showed this, the handball quite obvious from some angles. But amazingly, the goal stood - the referee had allowed it. Mayhem ensued in the Azteca Stadium, Mexico City and a living room in Warwickshire, England.

The England players surrounded the referee to protest, trying to make him understand what had just happened and disallow the goal. Of all the England players, Shilton had immediately ran to the match official to protest, having been inches away from the incident. But the referee stood firm, the goal would stand. I stared at the television in disbelief. England had been cheated. My father was incensed. He was on his feet immediately, voicing his dis-satisfaction, bordering on fury at what was occurring. I’d never seen him get so wound up before. He turned a shade of purple Dulux paints are yet to even consider, let alone manufacture. He proceeded to vocally rant and rave, and at one point I became very concerned he was going to have a heart attack, kick the screen in on the television set, or worse still, both.

Some years later in the summer of 2010, I personally performed a near carbon copy of my father’s fury act in my own home. Frank Lampard’s goal during the second round match against Germany in the South African World Cup was as obvious a goal as the nose on your face. The whole wide world and his wife could see it was a goal. Even my cat could see it was a goal, especially through my animated reaction to the situation (I do believe I found him hiding under my car, after I had cooled down). Lampard’s shot had travelled over the goal line by a good half a yard, yet the referee in question decided it had not. German ‘keeper Manuel Neuer looked the most sheepish man on the field, as he clearly retrieved the ball as it bounced back out of his goal, and rapidly kicked it out of harm’s way, only to see play carrying on – no English goal had been given. This goal would have put England level at 2-2 with their age old adversary, and who knows how the match would have panned out from there.

Meanwhile, in a living room in the Black Country, I caught my fiancé in the corner of my eye examining our house insurance policy, possibly to see if she could claim for a new television and front window, should the worst come to the worst. Still, it’s this incident which may have well forced FIFA’s hand in introducing goal-line technology into the game.

It’s a miracle any witness statement in court is regarded as a reliable source, when someone only ten yards away from a blatant hand ball offence or a very clear cut goal can’t see it. Yes, we are all human and from time-to-time make mistakes. The referee involved in the ‘Hand Of God’ fiasco, in all fairness may not have had a very good view of it, same for the ‘goal’ against Germany in 2010, but I find this sloppy by an international class match referee taking his eye off the ball, or allowing himself to be in a position where his view is obscured. Admittedly, play can move so quickly he might not be able to alter his position fast enough, but remember the referee has two assistants running the touchline for him – another two pairs of eyes to see from a different vantage point and determine if any rules have been broken. But then again, England did have the mother of all questionable decisions go their way in the past – a certain Geoff Hurst in the 1966 final and his ‘second’ goal. I rest my case.