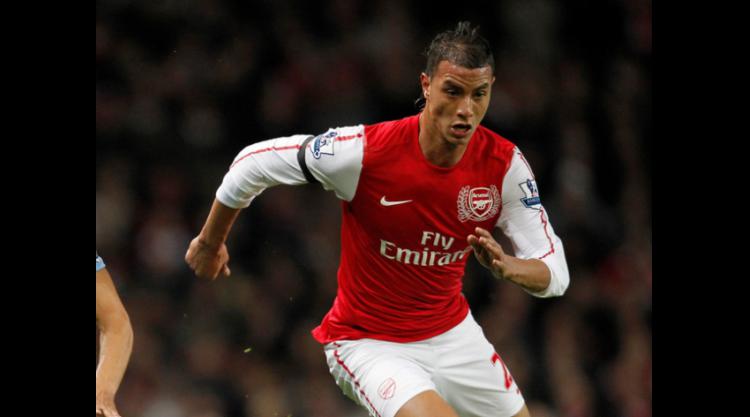 With the summer looming large, it’s likely that the status quo will be maintained at Arsenal, as the exodus of players leaving remain a distinct possibility. The last two summers have seen world class players leaving the Emirates, however this time it would be to clear-out players who have not performed to the standards set at Arsenal. The importance of the transfer activity this summer cannot be understated, as the trophy drought is set to continue at the club. Never has the pressure been this intense on Arsene Wenger during his reign at the club and changes are required to ensure the Gunners are competitive with the very best once again.

Arsene Wenger has always been known to have the cunning eye to find and recruit talents and make them into world beaters. However, not all of Wenger’s signings have had the same impact and the manager’s first priority this summer, should be to clear-out certain players.

Andre Santos: The Brazilian international joined Arsenal in the final hours of the 2011 summer Transfer Window. During his stint at Arsenal, his performances have been erratic to say the least. While he did provide the necessary threat going forward, little can be said about his defensive abilities, for which he was brought to the club. His career at Arsenal could be all over with the addition of Nacho Monreal (January 2013) and Kieran Gibbs signing a new long term Arsenal deal. One thing is for sure, Santos shall return to Arsenal after his loan spell this summer but could be quickly on his way out of the club, permanently.

Chu-Young Park: How do you complete half a medical (at Lille) return to your hotel room, then take a flight and agree terms with another club in a different country. That’s exactly how Park joined Arsenal in the 2011 transfer window. His playing time at Arsenal was as strange as the way he joined the club. Not too many people understood why his playing time at Arsenal was restricted. He is one who, Arsene Wenger would want to get off the books at the earliest, as his playing days at Arsenal are over.

Johan Djourou: Djourou has been at Arsenal since 2004, but has failed to secure a first team place in the Gunners defence. He has provided the necessary cover when required but due to frequent errors, has never been the first choice centre-back at the club. For acquiring game time, Djourou has been loaned to Hannover 96 and considering his age and his position at Arsenal, he could be one out of the door this summer.

Nicklas Bendtner: Rated as a world beater by manager Arsene Wenger, Bendtner’s career at Arsenal has never taken off. Talent has been in abundance with Bendtner, but his poor attitude and lack lustre performances have seen him being loaned for the second successive season. While he is set to return this summer, it is surely going to be short-lived, as Arsene Wenger has had enough of the Dane’s indifferent performances and erratic behaviour on and off the field.

Marouane Chamakh: After holding out for money in 2009, Bordeaux had to release Chamakh as his contract with the French club had expired. He commenced his career at Arsenal in 2010 and had some rather good performances. During his first few months he provided the Gunners with the necessary cover for their injury prone talisman, Robin Van Persie. However, upon his return, Chamakh found himself warming the bench. His lack of playing time eventually caused his performances to be poor. Many questioned his goal scoring ability, yet one cannot dismay his contribution during the first few months at the club. However, he has yet not regained the form once known for and this summer, Chamakh could be leaving the Gunners for good.

Denilson: Denilson will always be remembered for his wonder strike against Everton at Goodison Park, (August 15, 2009) a game which Arsenal won 6-1. Regarded by Arsene Wenger as an always committed footballer, Denilson had always found it hard to win over a section of the Arsenal fans. Commitment was not an issue with Denilson however, his overall ability required to play for a club, the magnitude of Arsenal was lacking. Denilson has a year left on his contract and after several loan spells, this summer he could be leaving the club permanently.

To add to these players, Andrey Arshavin, Emmanuel Frimpong and Sebastien Squillaci are set to leave the club with their contracts expiring this term. Apart from adding to a good squad, manager, Arsene Wenger has to make some harsh decisions this summer. The clear-out has to be one of the top priority things to do this summer.