Liverpool to swoop for Monaco star after impressive run 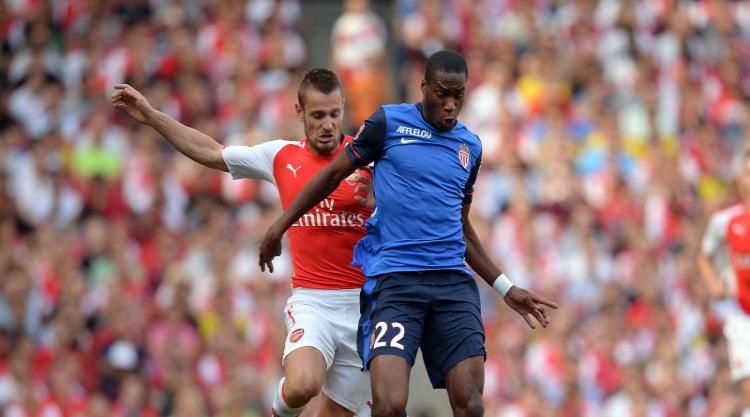 The young 22-year-old Geoffrey Kondogbia is a player that has emerged as another potential midfield target for the Reds after impressing in recent matches with his performance against Arsenal where he scored that most will be particularly familiar.

The French defensive midfielder is thought to be a player that would add additional strength into midfield with Steven Gerrard leaving in the summer. Kondogbia signed for Monaco in 2013 with a five-year deal worth approximately £18m.

After a slow start the player has gone on to make 39 league appearances for Monaco and scored 2 goals after his move from Sevilla. Whilst predominantly a defensive midfielder the player has also played as a left-back and central-defender and such versatility could prove very useful for Brendan Rodgers next season say reports.

The midfielder has earned 3 caps as a French International, making his debut in a 0-0 friendly draw against Belgium after playing at youth levels from U16 to U21. The Frenchman has impressed Liverpool scouts according to reports with his performances and he now joins a number of names being considered in midfield in the post-Gerrard era at Anfield.