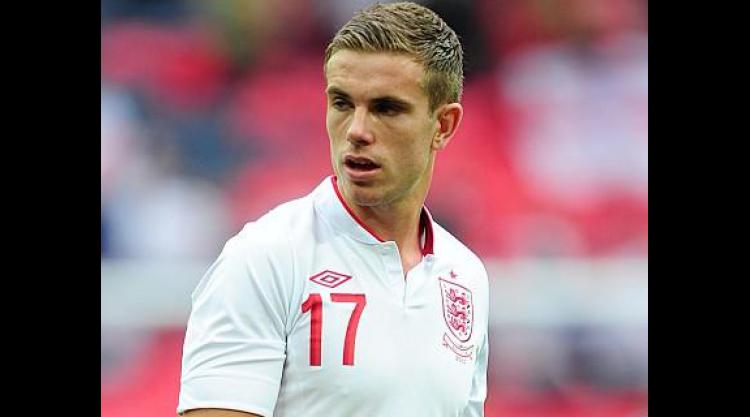 A year ago many would have laughed or collapsed at the thought of the young midfielder receiving the armband for the England senior side but this season heads have turned again.

Henderson was developed by Sunderland from an early age and he excelled at the club. He was such a prospect that at the age of 18 he was loaned out to the Championship to play for struggling Coventry City. The loan was a success for Henderson, Coventry started to climb the table, he scored his first senior goal and he received his first England U19's cap. However 4 months into his loan move, he fractured his metatarsal and returned to Sunderland. People were starting to see some prospects and we're delighted with his progression.

It was the next two seasons that Henderson really showed his development. Steve Bruce became Sunderland manager and Henderson played 33 out of 38 games and then 37 out of 38 in the following season. In the two seasons he scored only 5 goals but was credited with several assists. As he was a Sunderland fan he became a fans favorite and won the young player of the season in consecutive seasons. Henderson was also called up to the national team by Fabio Capello though he only gained one cap.

In the summer of 2011 came Henderson most significant moment in football to date when he signed for Liverpool for £16 million (Rising to £20 million). Sunderland had pulled off quite a coup with the substantial payment for a player with under 100 league appearances and it appeared the price tag was too hard to handle for young Henderson. His performances lacked the clarity and skill needed to play for Liverpool and it didn't help Henderson much knowing that the other player in his position was Steven Gerrard. People tried to compare the two but Henderson was not at Gerrard's level so he spent a lot of the season on the bench.

I couldn't believe it when I heard that Henderson had won Liverpool young players of the season! A player who had taken a lot of stick for poor performances had come out of the background to collect a very prestigious award and Henderson went to Euro 2012 at the age of 21 which further strengthens his chances of England captaincy. Then with the sacking of Kenny Dalglish came a new challenge for Henderson, a new manager to impress.

Former Swansea boss Brendan Rodgers took the Liverpool hot seat and this delighted Henderson because Rodgers is a manager that likes young players and uses them extensively. At the start of this season Henderson continued his performances from last season; okay but not the standard they should be. Again Henderson was dropped but that was the kick he needed. He started performing well scoring goals and making Liverpool tick. He came in with Gerrard to the centre of the pitch and the two midfielders clicked and gelled.

With Gerrard and Henderson at the helm Liverpool may return to their glory days but they must play well all the time. Henderson has received praise from Gerrard and it was Gerrard that said one day Henderson will be captain of England. A bonus for Henderson is that he is admired a lot by U21 boss Stuart Pearce who is very influential in the England national side.